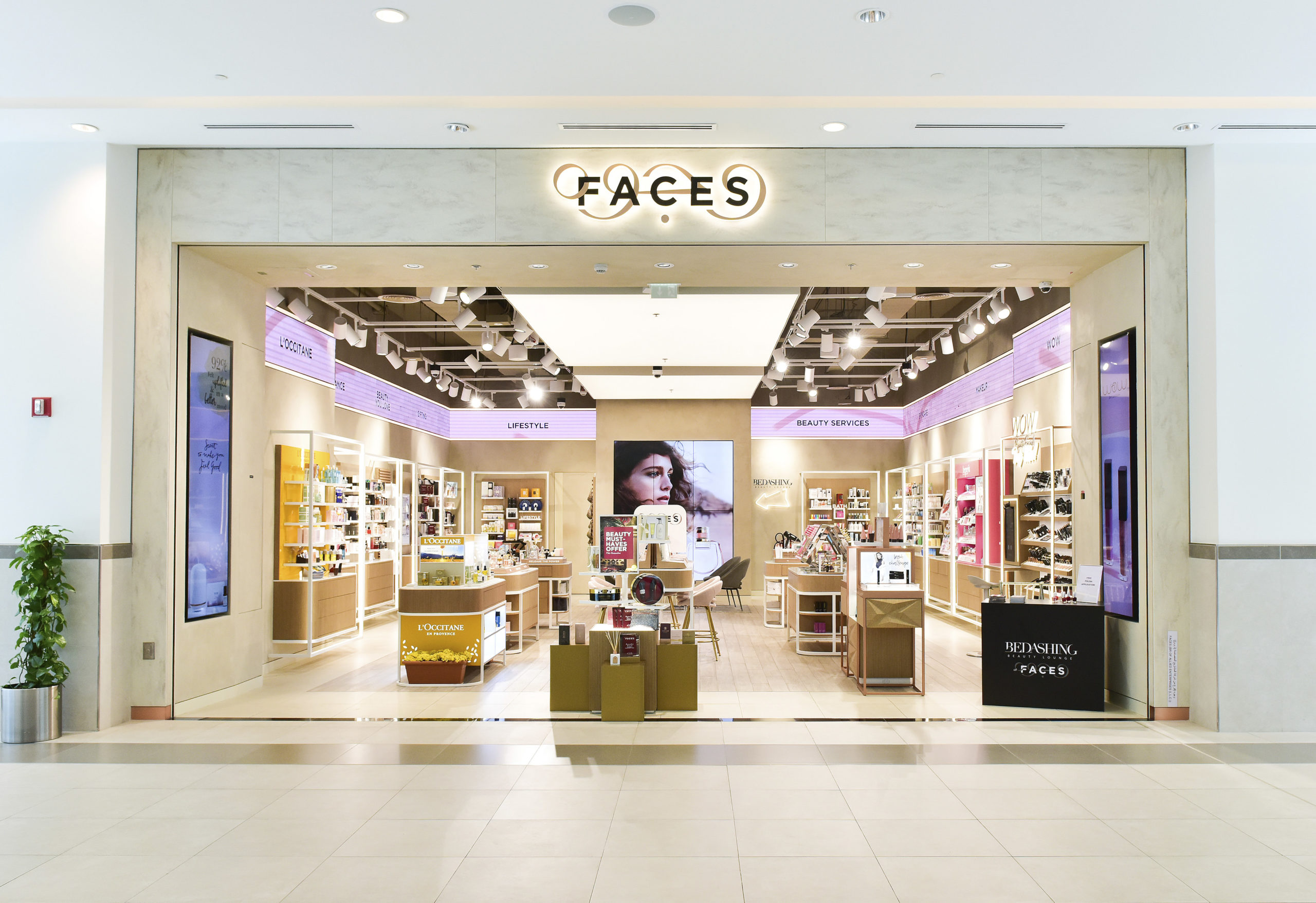 The connected customer experience at Faces

Back to basics for Faces which, after having operated for a time under the Wojooh brand, rediscovers its original name adopted when it was launched twenty years ago.

This change of name should accompany the evolution of the cosmetic chain, the equivalent of Sephora in the Gulf countries, towards a service centered on the consumer, in particular within its two new points of sale in Dubai, within in the Mall of the Emirates, and in Saudi Arabia, in the capital’s Riyadh Park Mall.

Thought as real concept stores, these two stores opened last June should be joined by four more by the end of the year, then a fortnight for 2020.

To support the development of its new brands, the Chalhoub group is leveraging the power of digital by offering a range of exclusive services: platform offering a fragrance corresponding to the character of the individual, augmented reality system allowing you to try different looks without applying make-up, or “test bar” to try the products on site.

The Faces brand has thus applied itself to developing a wide range of services while offering the major international cosmetic brands (Parfums Christian Dior, L’Oréal products …) as well as a selection of niche brands. Called “Beauty Nation”, this new concept should become a benchmark for beauty consumption in the Gulf countries.

“The role and the vision of beauty are evolving. As the industry leader in the region, we encourage this change, ”said Patrick Chalhoub, CEO of the Chalhoub Group. “It also means developing the offer and making it more experiential, for a memorable journey in our banners. “

With 85 stores in nine countries and a strong online presence, Faces is already the standard of beauty for the Chalhoub group. Its new concept could allow it to establish itself as a gender reference in the Middle East. For more than 60 years, the Chalhoub group has been the privileged interlocutor of luxury in the Gulf countries and employs more than 12,000 people in 600 points of sale in 14 countries.