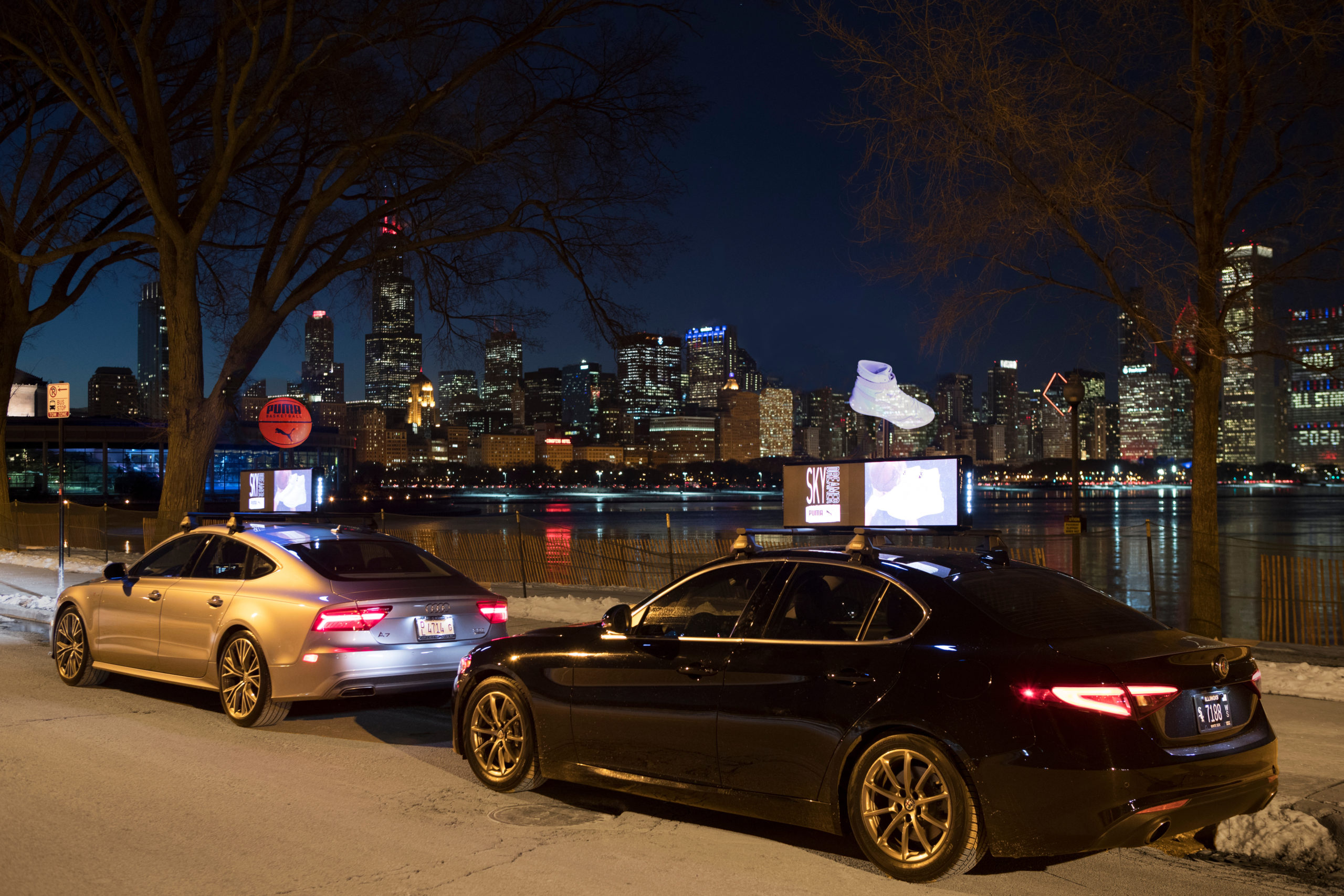 PUMA officially launched the Sky Dreamer sneaker, a new silhouette of PUMA Hoops, February 13. To celebrate the sneaker’s debut, PUMA took it to the streets with Havas Media to successfully project the first-ever holographic activation of its kind featuring the new Sky Dreamer, powered by Firefly’s smart digital media displays, during the 2020 NBA All-Star Weekend in Chicago.

Throughout the weekend-long activation, Firefly, the street-level digital media network, outfitted its smart media displays with hologram projectors in order to display a 360-degree image of the Sky Dreamer sneaker and a PUMA-branded basketball on the roof of parked vehicles located in front of several Chicago landmarks.

This cutting-edge campaign was dreamt up by Whisk, and executed through a collaboration with Firefly and HYPERVSN – the leading developers of high-definition 3D Holoprojection technology. The Holoprojector is built with next-generation technology. The device spins at a rapid 30 frames per second to create the most realistic 3D hologram experience in the market today.